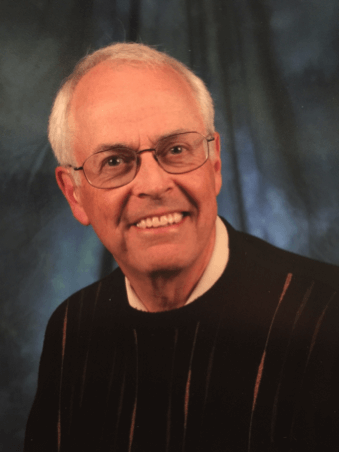 While maintaining knowledge in all areas of internal medicine, Dr. Lightfoot developed a special interest and skills in gastroenterology. He has help build one of the most advanced gastroenterology services in Atlantic Canada. He was the first physician in the Maritimes to perform endoscopic ultrasound.

A leader in the hospital and throughout the medical community, he has served as Chief of the Department of Internal Medicine, and President of Medical Staff. Dr. Lightfoot is often the voice of reason, and remains one of the most respected clinicians by patients and colleagues. In 2003, he was awarded Mentor of the Year Award by the College of Physicians & Surgeons of Canada.

He continues to serve as a role model to his colleagues with his strong clinical skills, dedication to continuing medical education, and commitment to providing the best patient care.

The Dr. Peter Lightfoot Excellence in Medicine Lecture is intended to promote the competencies of the ultimate physician in order to improve the quality and delivery of care to patients. 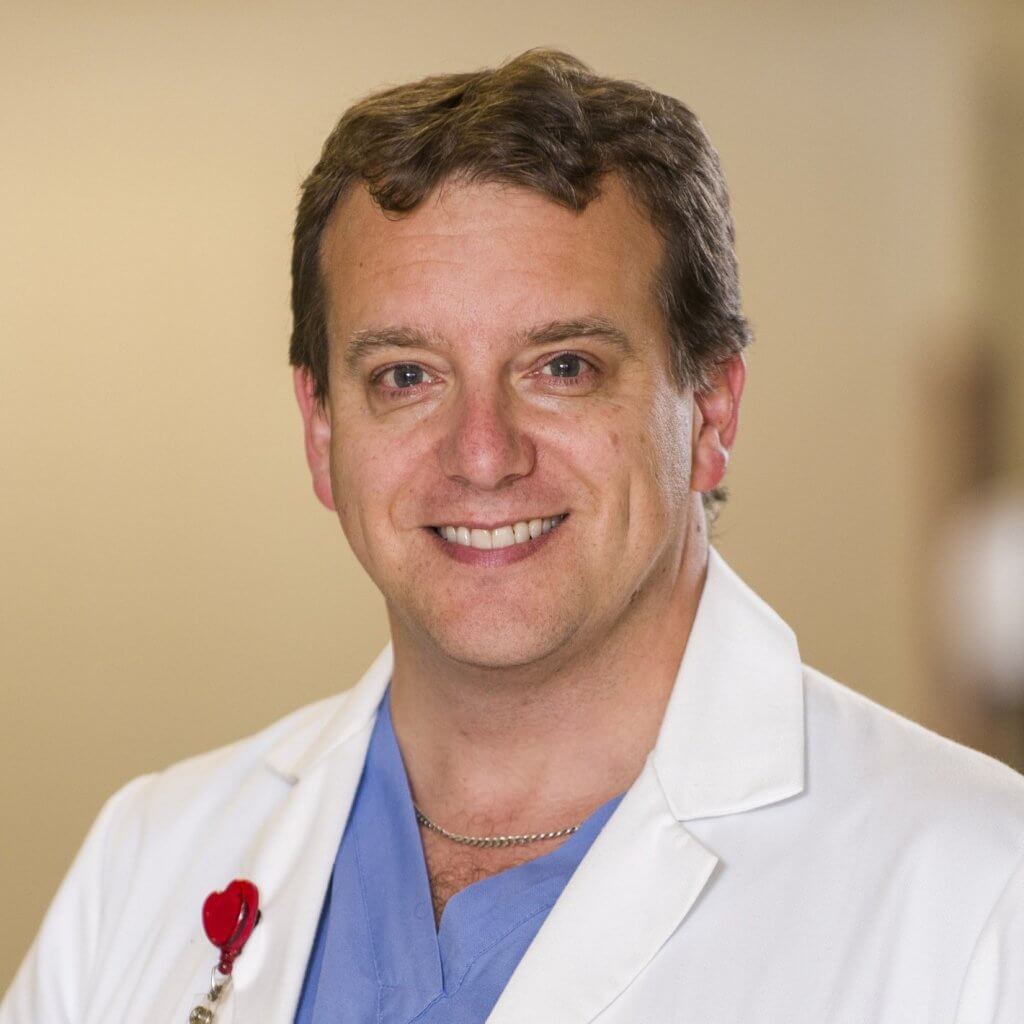 CARDIAC ILLNESS AND FITNESS TO DRIVE

Dr. Chris Simpson is a Professor of Medicine in the Division of Cardiology at Queen’s University as well as Vice-Dean (Clinical) of the Faculty of Health Sciences and Medical Director of the Southeastern Ontario Academic Medical Organization (SEAMO). He is a member of the Queen’s School of Policy Studies Health Policy Council.

He is the CMIO for Novari Health. In 2015, Dr. Simpson was elected to fellowship in the Canadian Academy of Health Sciences and currently serves on their Board of Directors, and past president of the Canadian Medical Association. 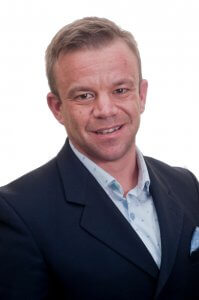 Mark Black is a Heart and Double-Lung Transplant Recipient – turned – 4- Time Marathon Runner. A resilience expert, coach, and author, Mark helps people “Thrive in Challenging Times.” His programs provide the tools to transform your adversity into your advantage.

Mark doesn’t just teach resilience, he embodies it. Born with a life-threatening heart defect, Mark underwent two open-heart surgeries before the age of one. He battled his condition and its limitations for twenty-two years until he was forced to deal with the biggest obstacle of his young life. His doctor informed him that his heart was failing, and without a rare and dangerous heart and double-lung transplant, he would not see his 25th birthday.

In 2002, Mark was fortunate that a suitable donor was found. He not only survived the surgery, but less than 3 years later, Mark became the only man in history to run a marathon with someone else’s heart and lungs.

Mark is now a Certified Speaking Professional, a designation held by less than 1000 speakers in the world. He has inspired more than 150,000 people in more than 450 presentations, and has worked with global brands including Exxon Mobil and Mercedes Benz, as well as many national and regional associations.
Mark lives in Moncton, New Brunswick, Canada where he spends as much time as possible with the most important people in his life; his wife Marise and their three children. 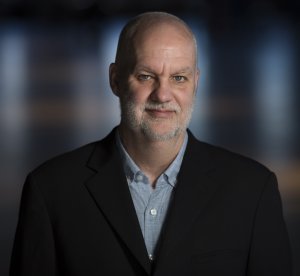 “The Dreaded S-Word: Is Medicare Sustainable”

André Picard is one of Canada’s top health and public policy observers and commentators. He is the health columnist at The Globe and Mail, where he has been a staff writer for more than 30 years. He is also the author of numerous books and has received much acclaim for his writing and for his dedication to improving healthcare. In 2010, he was awarded a National Newspaper Award as Canada’s top newspaper columnist.

André Picard is the health columnist at The Globe and Mail and the author of five books, including Matters of Life and Death: Public Health Issues in Canada, and The Path to Health Care Reform: Policies and Politics. He also has a large Twitter following at @picardonhealth.

André has received much acclaim for his writing, including the Michener Award for Meritorious Public Service Journalism and the Centennial Prize of the Pan-American Health Association, awarded to the top health journalist in the Americas.  He is also an eight-time finalist for the National Newspaper Awards – Canada’s version of the Pulitzer Prize.

He is a seasoned communicator who employs a conversational style to reach his audience. He enlivens his research and commentary with personal stories to provide context for his audience, including anecdotes from patients and health professionals the front lines.

André will enlighten and peak a sense of curiosity of audience members from all educational backgrounds. His work as one of North America’s top health journalists reflects his personality: Behind the placid exterior lies an inquisitive, perceptive and industrious scribe for whom the work only begins with the official story.

“Exercise is the World’s Best Drug, It’s Just Not a Weight Loss Drug”

A sobering trip through the medical literature surrounding exercise and weight loss – from doubly labelled water studies, to kids with accelerometers, to carefully controlled and supervised year long physical activity programs the data seems fairly clear – “energy balance” is a misnomer and it’s time for us to uncouple exercise from weight and instead focus on the incredible benefits of exercise to health, and to mitigating the direct risks attributable to weight.

As Medical Director of the Bariatric Medical Institute, Dr. Freedhoff was the third physician in Canada to receive their board certification in Bariatric medicine from the American Board of Obesity Medicine (ABOM). He has also served as the Canadian Obesity Network’s inaugural Family Medicine Chair, and is an Assistant Professor of Family Medicine at the University of Ottawa.
Dr. Freedhoff has been referred to as Canada’s most outspoken obesity expert. His advocacy efforts in both obesity and nutrition policy have landed him speaking at both the Canadian House of Commons and the Senate regarding his concerns surrounding Canada’s Food Guide and as a member of multiple stakeholder groups run by the Public Health Agency of Canada and Health Canada
Dr. Freedhoff is quoted regularly in the national and international press and appears frequently on television. He writes an award winning blog, has co-authored a freely downloadable medical textbook on the office-based management of obesity, and his first book for the public, The Diet Fix: Why Diets Fail and How to Make Yours Work, is a #1 National Canadian bestseller. 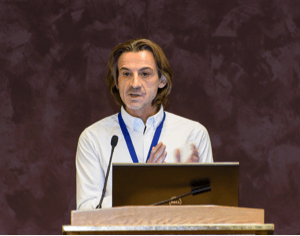 Dr. Vallis is a registered health psychologist practicing at the Capital Health, Halifax, and cross-appointed to Dalhousie University as Associate Professor in Family Medicine and Psychiatry and Adjunct Professor in Psychology and Health and Human Performance. He obtained his Ph.D. and M.A from the University of Western Ontario, London, and his B. Sc. From Dalhousie University. His main area of expertise is adult health psychology, with an emphasis on diabetes, obesity, cardiovascular risk and gastroenterology. He has developed the Behaviour Change Institute, a training program for lifestyle counselling skills for physicians, nurses, dietitians and other healthcare providers. He regularly supervises clinical and academic students at Dalhousie and is active in research on motivation, behavioural change and adaptation to chronic disease. He is an Associate Editor of the Canadian Journal of Diabetes and Clinical Obesity, is the Canadian Lead for the Diabetes Attitudes, Wishes and Needs 2 study (DAWN2), is the Canadian Co-Lead and on the International Steering Committee of the IBD Connect project. He was recently awarded a Queen’s Diamond Jubilee Medal by the Government of Canada on the recommendation of the Canadian Diabetes Association.